Each chapter is carefully crafted in the right order to take you on your journey to build production ready applications with hapi.js.

Learn by example, with more than 30 working examples you can run, modify and expand on. Each with a detailed explanation will help you get up to speed quickly.

Each page contains a wealth of information to give every reader an in depth knowledge of the inner workings of hapi.js and how to use it. 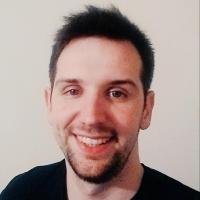 John Brett is a software engineer who is passionate about new technologies, open source software, education, and travelling the world. Starting out in Ireland with a first class honours Bachelor's Degree in Computer Science and Software Engineering, he went on to join IBM through their premier internship Extreme Blue and later became part of the IBM Software Group focusing on collaboration software. There, John worked mainly with PHP, JavaScript and in his spare time with Node.js.

Later, he moved to a growing SAAS company called D4H Technologies, leading the development of tools to aid emergency response teams around world, all from a lighthouse in Dublin, Ireland. Here, John got more exposure to Node.js and led D4H's first venture into Node.js using hapi.js, later joining the hapi.js core team.